342 of junior chess players from 13 countries; Vietnam, Philippines, Malaysia, Indonesia, Myanmar, Singapore, China, India, New Zealand, Japan, Kyrgyzstan, Switzerland, and Thailand are joyfully being apart of The 17th Asean+ Age Group Chess Championships 2016’s opening ceremony which  was officially opened on 30th of May at Dusit Thani  Hotel, the five stars hotel located in Pattaya City, Thailand which is the one of the famous tourism places in Asean. 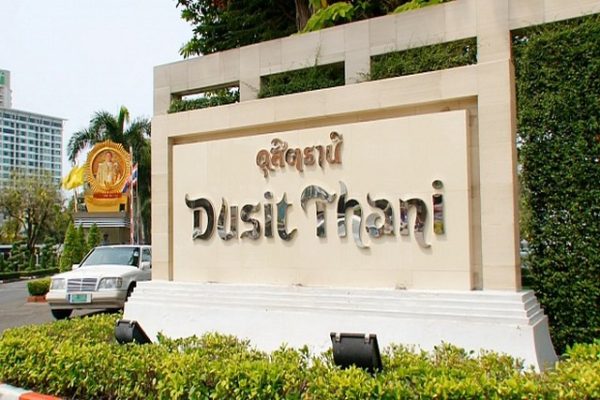 The tournament is being held during the 30th of May until the 6th of June with the 4th highest participation since year 2000. A number of records have been achieved with Vietnam registering 144 players, Thailand with 65 players, Philippines 54 and Malaysia not too far behind with a record of 46 players. For the record and also for the first time we welcome representatives from Japan and Kyrgyzstan to the event.

Let’s see how the junior players enjoy our tournament!

The participants preparing for the first round. 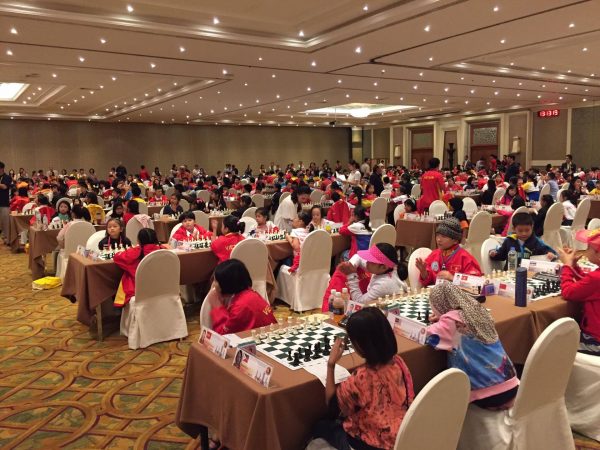 junior players are taking an oath of being a good sportsman. 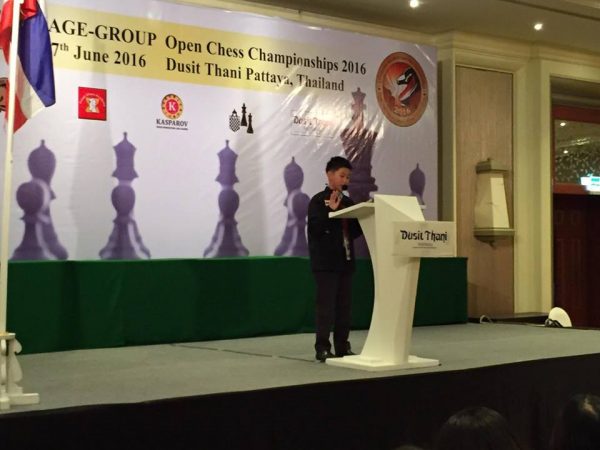 Noppakorn Tantipura a representative from Thailand  together with all participants have taken an oath of allegiance of sportsmanship. 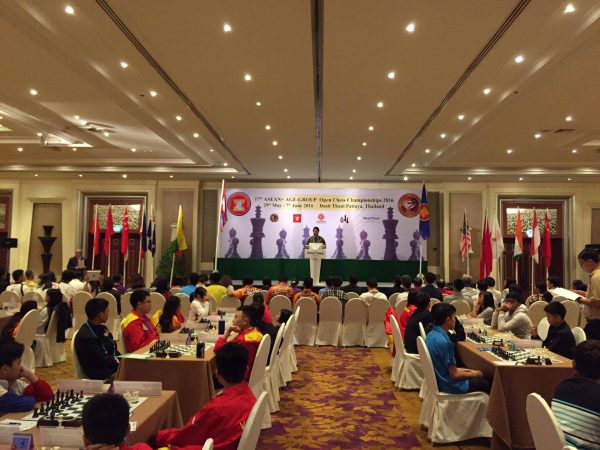 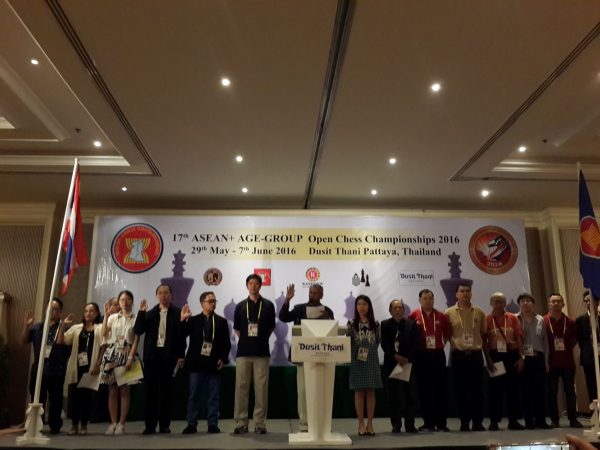